Allow me to be frank: Lead is in the minds of those consumers who still have not yet replaced incandescent light bulbs with LEDs. LED lighting is one of the well-established, mainstream, and inexpensive green home improvement products that represent a huge step toward energy efficiency and healthy living. This is It’s lead vs LED.

So often people say that energy efficiency is a pipe dream. They say that only so-called high-end consumers can afford it. Au contraire. If you want to take a huge step toward energy efficiency, swap out your less than healthy, high-cost incandescent light bulbs for LEDs.  Your light quality will instantly go up while your electric bills shrink just as rapidly.

“Light impacts human health and performance by enabling the performance of visual tasks, controlling the body’s circadian system, affecting mood and perception, and by enabling critical chemical reactions in the body.”

The light spectrum of LEDs is closest to natural daylight.  It is yet another reason to switch out all lights to LEDs. Not doing so is yet another lead moment vs LED’s beneficial health aspects. It is such a great analogy since LEAD is harmful vs LEDs which have substantial health benefits.

Why Are LEDs Everywhere?

While lead is to be avoided, LEDs are highly desirable. There are good reasons why LED technology has taken over the marketplace.  You find LED desk lamps, LED floor lamps LED shelf lights, plug lights, and more. Appliance manufacturers embraced LED technology right away.  Why? LEDs consume less than 1/4 of the energy. They run cooler and costs have come way down. LEDs have a 20-year + lifespan. In other words, you will never have to replace another light bulb.

For manufacturers of refrigerators, wine coolers, dishwashers, and other appliances it’s not even a thought any longer.  They know LEDs are a big part of favorable Energy Star rankings. None would install incandescent lights any longer since LEDs run cool. Previously, how much sense did it make to install a warm incandescent bulb in a cooled space like a refrigerator or wine cooler? Finally, LEDs will never have to be replaced over the lifespan of the appliance.

You read correctly – lower cost. Some uninformed homeowners still operate with the general assumption that LED bulbs are still unaffordable, if not expensive. They think the high price puts them out of the reach of their wallets. Are they confusing lead vs LED lighting since there is no good reason not to install LED lighting?

20 +/- years ago this used to be the case when LED bulbs first went mainstream.  Today, it’s simply a bad excuse.  You can find LED bulbs in the big box stores.  Buy them when they are on sale.

CAUTION: Don’t buy any more than you need since you will never replace them again.  The old behavior of having extra sets of incandescent bulbs on hand is no longer needed in the universe of LED bulbs. Buy exactly what you need since it is the last light bulb you will buy for that fixture.

Lead Is Unhealthy vs Healthy LEDs

In this lead vs LED conversation, it’s worth noting that some people still reach for CFL bulbs over LED bulbs.  CFL’s contain mercury, LED bulbs don’t.  LED is a planet-friendly choice.  Why wouldn’t you purchase items that are good for you and good for the planet? There is simply nothing that does not speak toward LED as the go-to smart healthy green product.

Designers love LED fixtures because it gives them the ultimate flexibility.  They no longer have to think about replacing light bulbs of high-up and out-of-reach ceiling fixtures. No-one needs to replace LED fixtures. The final switch for designers came when LED fixtures became easily dimmable.  In the early days LEDs required special, and higher-priced dimmers – no more. Today, there is one more important feature in many lights. Many offer remote color spectrum selections.  In other words, the LED is a smart fixture that allows you to select just how warm or cool you want the light to be.

How many incandescent ceiling cans does your house still have?  Are they in high, hard-to-reach areas? Well, whip out the tall ladder one last time and install either LED bulbs or visually even nicer, new LED replacement kits.  These kits can often be found at the same cost as bulbs! This is key to understand. In the land of LED lighting, it’s often better to replace a whole fixture of a light bulb. In other words, not only are you upgrading the bulb, you are giving your house a design make-over as well. It’s a two-for-one.

Before you get started get a little more inspiration from SHG Living’s Mike Montgomery on Modern Builds.  See how Mike builds a cool LED light fixture. Check out SabinesNewHouse’s kitchen and bath series. Discover how different LED fixtures in both kitchens and baths have a huge impact on these spaces in both light quality and design.

For all of these reasons, it’s hard to believe that there are still homeowners who have not replaced their homes’ incandescent light bulbs. Why would you pay for all of that electricity? Do you like to look at electric lines and towers? Why not give your house a more energy-efficient fit-out, lower electric bills, updated design, and healthy lighting. Don’t get stuck on a “lead” moment, make it an LED moment for your health and the planet’s health and well-being. 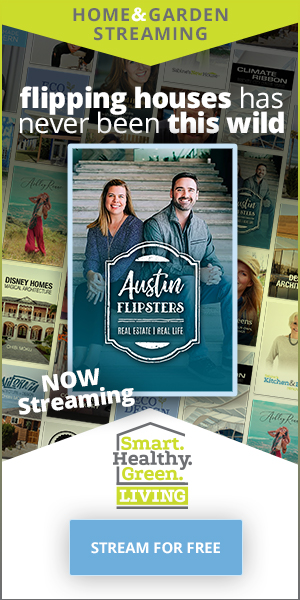 Gentle Yoga In A Tiny House